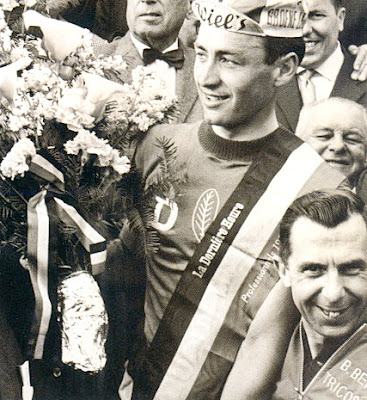 Richard and I are in withdrawal. And, he is re-watching old Tour dvd's for some satisfaction. I have been thinking of new cycling caps both regular and winter. There's no doubt in my mind, this Tour de France was the most exciting one in years.

During the opening team presentation I question why they wear baseball caps instead of cycling caps? I don't understand why the iconographic cycling cap is seldom worn. Why is the baseball cap accepted as part of the teams kit? It's not that you can wear it during a cycling race. 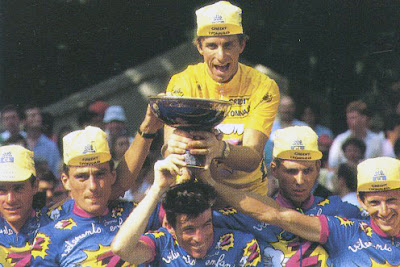 I'm bias, personally the cycling cap should be brought back on the podium. Just like during 1990 Tour when the proud Greg LeMond and his team wore their cycling caps. I feel that the cycling cap is a proud fashion piece and the cycling world should re-embrace it. 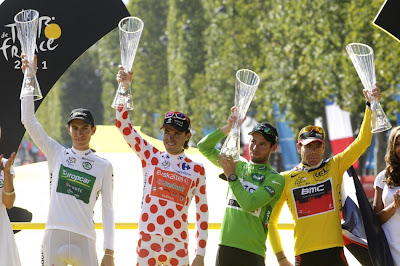 Just imagine if they all wore the classic cycling cap!
Posted by galstudio at 3:54 PM